Ode to the Public Golf Course 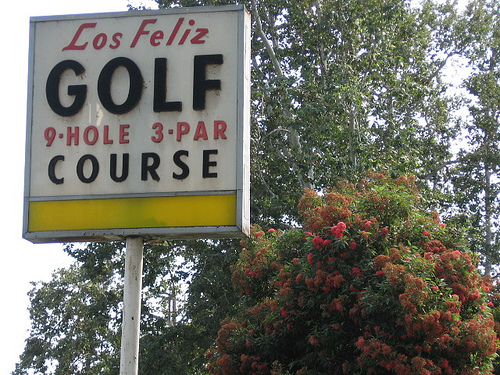 Golf is said to be the sport of the elite. Presidents and other heads of state spend hundreds of hours golfing (Barack Obama even hired famous golf coach Butch Harmon to improve his game). High flying businessmen cut million dollar business deals on the course. The golf equipment industry furnished luxury attire for those who recognize the importance of looking sharp on the links.

The upper echelon of the golf world is, of course, an important part of golf culture. But for me, there’s more to golf that its prestigious upper class practitioners. Golf is also a sport for the average Joe to relax and hone his skills. This to me has been the beauty of the game: it has something for everyone. And I owe this vision to the public courses I’ve played at over the years.

Sure, they’re not as glamorous as their private counterparts. You’re won’t see many politicians or CEOs at your local muni. And for “serious” golfers, there’s an added headache: if you don’t come with a group of four, the starter is likely to put you in with small groups of one or two. This can leave you with some unsavory group embers, perhaps a gentleman who likes to smoke too many cigars, or can’t control his temper. But this can be positive too; many times in the past I met friendly people who have occasionally taught me a thing or two about the game. And, it gives me a chance to tell them about the Pause-N-Throw golf training device.

Sure, there are some people out there who like to dump on public courses. But let’s not forget how important they are to keeping the sport open for folks who may not have a lot of prestige, but love the game all the same.