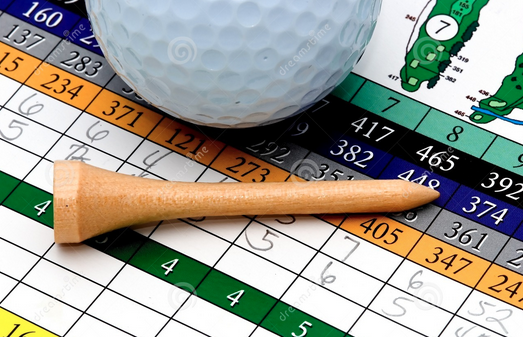 So far, our slice stories series has focused on slices hit off the tee. From knocking a dent in an oil derrick to raising the ire of a cantankerous crocodile, we’ve seen that there’s plenty of trouble to get into from slicing your tee shot. But that doesn’t mean that things can’t go awry from the fairway too. I found this out the hard way back when I first started playing golf seriously.

It was the mid-90s and at that time breaking 90 was an almost unimaginable feat for me (not to brag, but now any time I shoot over 85 I consider it a bad day). But there I was on the 18th hole of my local course with a total of 84 shots taken so far. The hole was a gentle, mid-length par 5. “This is it,” I thought. “Par this hole and I’ll have made it to the promised land of the 80s. I’ll finally be a real golfer.”

The tee shot couldn’t have been sweeter, sailing straight out toward the slowly setting sun, a good 250 yards down the fairway. There were still 250 yards left, but with another good second shot I’d be on the green. “Hey,” I thought, “I might even birdie this hole!”

Maybe this brief moment of hubris sealed my fate. Maybe the glare of the setting sun got in my eyes. Maybe the grass was too thick. I’ll never really know what made it happen. All I know is that, after a promising take off after I pounded the ball with my 3 wood, the ball slowly began to curve to the right, and as it curved more and more, my heart sank. It landed in the woods, right of the green, hit a branch, and shot back toward me. Faced with a difficult approach, I ended up with a double bogey on that hole. Final score: 91.

I would eventually triumph, breaking 90 in a later round at the same course. But that painful moment has lived with me for a long time. There is one silver lining, however. That moment was part inspiration for creating the Pause-N-Throw golf swing training device. It’s worked to cure what was, in retrospect, the most likely culprit for my fateful fairway slice: a poor position at the top of my backswing. Give it a try, and it’s likely to help you break your own personal records.