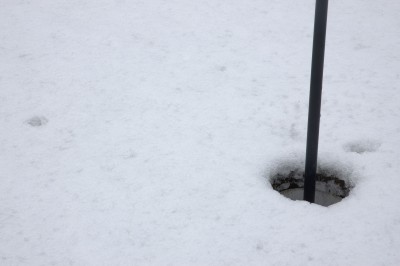 While the downside to playing golf during the winter is having to endure frigid temperatures, it also gives you the benefit of allowing you to take advantage of “Winter rules”. What are winter rules, you ask? Well, if you’re playing golf during Christmas or other times during the winter, you have the option of playing by “winter rules”, which formally speaking means looking them up in the official USGA rules of golf.

Informally speaking, winter rules mean you get to fudge a bit, especially when it comes to the lie of your ball (or lying about your ball). Snowed-in courses and debris everywhere mean that, if you play golf during Christmas or winter, you’re exempt from the a few of the normally draconian regulations given by the rules of golf.

Despite the apparent anarchy of winter rules, if you play golf this Christmas it’s still important to do your best on the course. Curing your slice will do wonders, and it will avoid much of the necessity of having to use winter rules in the first place. And of course, there’s no better way to cure a slice than with Pause-N-Throw, which also makes a great Christmas gift!