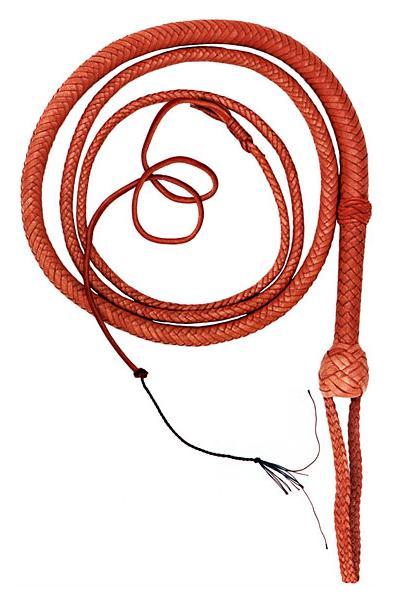 To get a better answer, let’s break down the physics of how a whip works.

One of the key aspects of the whip is that it is made from a rope or other flexible line that tapers toward the end. But to understand how a tapering rope moves, first you have to understand the way a non-tapering rope moves. If an oscillating, back and forth motion is applied to a rope, it creates a wave. The speed and amplitude of this wave will depend on various factors. First, whether the rope is tied to a fixed point at both ends. Also, it is affected by the tension of the rope, and thickness, and density of the rope material.

Generally, the thicker the rope, the slower the wave. So, when you apply this motion to a rope that is not of even thickness, the velocity changes. If the rope gets thicker it slows down, whereas if it gets thinner it speeds up. And that’s how a whip works: by taking a relatively thick section and naturally increasing the speed of the rope at the tip by thinning it.

Though the mechanics change a bit when you look at a golfer rather than a rope, there are still similarities. Your feet and torso have more mass than your arms, which in turn have more mass than the clubhead. This means that a small effort by the lower body translates into a lot of extra power at impact.

And that’s exactly what Pause-N-Throw teaches. It sets your hands in the right position so you can grip the club lightly. Then, as the big muscles of the body work, the hands let the clubhead fly – and you snap the whip. Give it a try!