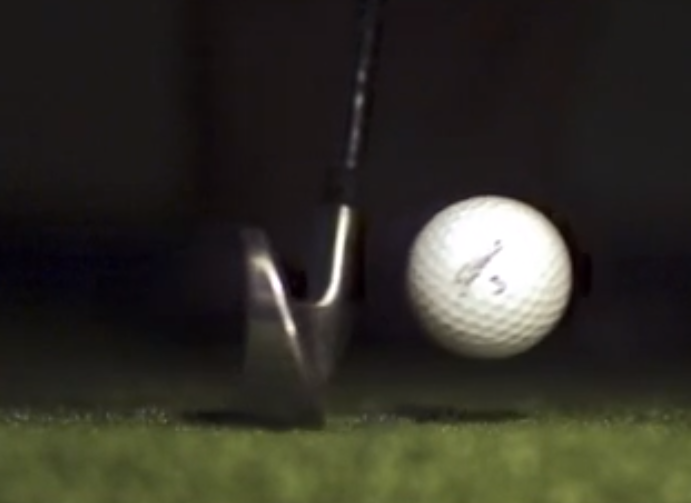 It all happens so fast. You take the club back and – smack! You knock it out toward the fairway. Though it`s hard to believe, the ball actually contracts when impacted by such force. It’s this elasticity of the ball that gives the ball its distance – a golf ball goes much farther than pretty much any other type of ball because of its unique, tough yet bouncy composition.

How much is a golf ball capable of contracting? The USGA has released a video that shows an extreme example of a ball squishing under pressure. A ball is shot at a steel wall at 150 MPH, and on impact, squishes significantly, then rebounds against the wall. Though this is more extreme than the speed of a ball under normal conditions, it gives you an idea of what gives the golf ball its distance.

Even when you’re not looking at the compression of the golf ball, it’s interesting to look at the effect the club has on the ball, particularly its spin, on impact. A video at the youtube channel BiomechanicsMMU shows a number of iron and driver shots, showing how the ball takes off after being struck. The golfer actually demonstrates a number of incorrect shots to show how they affect the spin of the ball.