The “Who Cares Open” 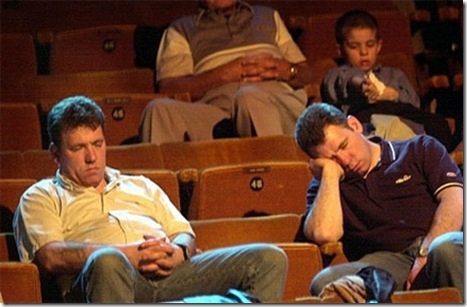 One of the things that’s so great about golf is that there’s no shortage of tournaments to watch. Nearly every weekend, the PGA has got some tournament somewhere around the country (usually in Florida) For us regular golfing Joes to tune in to. It’s a nice excuse to sip beers on a Sunday afternoon and maybe catch a nice nap. Don’t worry, you usually wake up and find you haven’t missed a thing.

But let’s face it. It’s hard to maintain the same level of enthusiasm we have for the Masters when the tournament on this weekend is the Mosquito Bite Invitational in Swampville, Alabama, brought to you by the First National Piggy Bank and Trust.

Over the years, I’ve developed a name for this type of tournament: the “Who Cares Open.” On TV, the announcers often do their best to turn these frequently boring tournaments into something exciting, resulting in Anchorman-esque shenanigans, good for a few laughs. Nevertheless, these second tier tournaments can be seen as something of a workshop for average level golfers. Pay attention to how the pros hit their shots and you’ll get an idea of how they avoid slicing, get more distance, and perform in their short game.