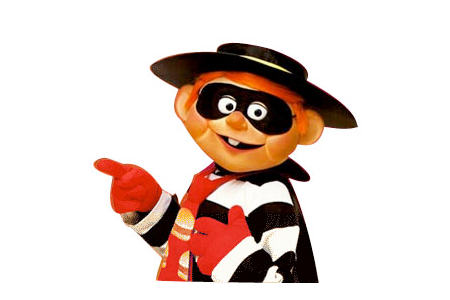 A couple of years ago, I was playing a round of golf with my in-laws in Virginia. It was summer, and the humid southern air and seemingly endless number of mosquitoes didn´t exactly make for an environment you could describe as “southern comfort”. However, I was having a good round, so I couldn’t complain.

When we got to the eleventh green, a group behind us asked to play through. We had already hit, so we marked up and let them play. After they took off, I went to put my ball back but couldn`t find the marker. They had taken it! And it was a rather fancy one too, so I wasn’t about to give it up.

We finished up on that green, then made chase. We caught up with the group on the next tee box, but they hurriedly jumped into their golf carts and sped away. I hurried after them. The whole scene was rather ridiculous, like something that was written into “Caddyshack” but then deleted for being too goofy.

At last I caught up with them , and they finally decided to stop ignoring me, but astonishingly denied that the ball marker they had taken belonged to me. So I went off steaming for two holes, but just when I least expected it, the group of ball marker thieves turned around, drove up to may cart and said, “ I believe I owe you an apology.” I finally got my ball marker back! I suppose southern hospitality does exist after all.