Slice Stories: Out of the Park 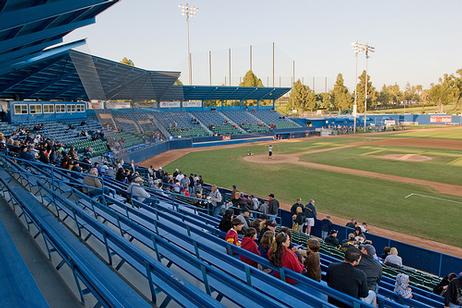 A friend of mine lives near a golf course he plays at all the time. He likes the course and, like me, often shows up alone to be put in with other solo golfers to complete a foursome. Though things usually go off without a hitch when he plays, at one point he plade with a group with a slice-prone golf newbie, and something unexpected happened.

On the bck nine, the course passes along side a small baseball stadium where a minor league team plays. The stadium is located near the green on a par 5, off the the right of the hole, and since they were playing on a Saturday, there was a baseball game in session as they teed up on that hole. When it was the slicing guy’s turn to tee off, he managed to hit his drive straight. But sure enough, on his second shot he sliced, far enough to the right so that the ball landed on the baseball field!

Everyone in the group was worried whether he had cracked some poor center fielder in the back of the head. But thankfully the game seemed to go on uninterrupted. As the group nervously waited for angry shouts from the stadium, they were instead reassured to hear the old school organ playing “Take Me Out to the Ball Game”. Apparently, no one had noticed the stray golf ball. Only one issue remained: whether to give Mr. Slice a two stroke penalty, or a ground rule double.