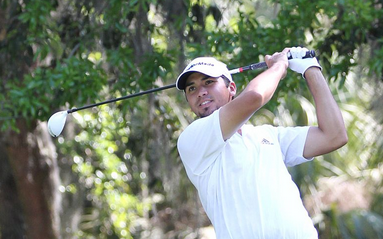 It was golf at its finest. 27 year old Jason Day had never won a major before, but his performance at last week’s PGA Championship gave the impression of that of a defending champ who had already bagged too many masters to count.

A key moment came on the par 5 16th hole last Sunday, when Day was faced with a choice between a safe layup, or going for the green in two. Day went for it, and ended the hole with a birdie. Two holes later, the championship was his.

Day’s victory was also a record breaking performance: it marked the record to par in a major, besting Tiger’s 19-under performance at St. Andrews in 2000.

It was also a tough loss for Jordan Spieth, who finished second in the tournament with a performance that under other circumstances would have easily given him the trophy. Spieth’s hometown paper, the Dallas Morning News, noted that Spieth had quite a bit of consolation after his finish: he was now ranked No. 1 in the world.

All in all, it was a weekend of awe-inspiring performances all around, with enough action to inspire the average golfer to get up off the sofa and hit the links.