How to Build Accuracy at the Range 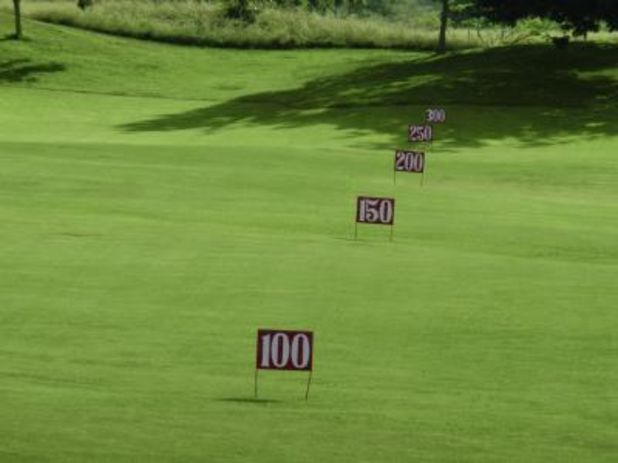 The first thought on everyone’s mind as they step up to take a crack at the ball on the range is that they want to hit it out of the park. There’s something about those little distance placards placed a few hundred yards out there that just makes you want to clobber the ball over them to show them who’s boss. But a far better use of your time, one that will actually help you to score better on the course, is to try to work your accuracy while you’re on the range.

I like to think of it as an arcade game, that game where you have to toss the ball up a ramp to hit the center of a target. Throw too hard, and the ball will just roll off to the side, and you won’t get to pick up those reward tokens that will eventually get you a giant teddy bear if you save up enough of them.

So, I’ve devised a little game that mimics the arcade-style rules for the driving range. I pick a pin on the range (if there aren’t any mock pins, I use one of the signs as a target. Then I pick landmarks around it to gauge whether my shots are accurate. For instance, if the ball comes within 3 yards, that’s worth 5 points; 10 yards is 2 points; 15 yards is 1 point, etc. If I’m at the range with one of my buddies, we hold playoffs to see who can earn the most points.

Of course, this has at times led to arguments about whether our shots are really within 3 yards. And, sadly, even after honing my skills at the game, the reward will never come in the form of a stuffed teddy bear like the arcade games. But it has done something better: it’s helped with my accuracy on the course.