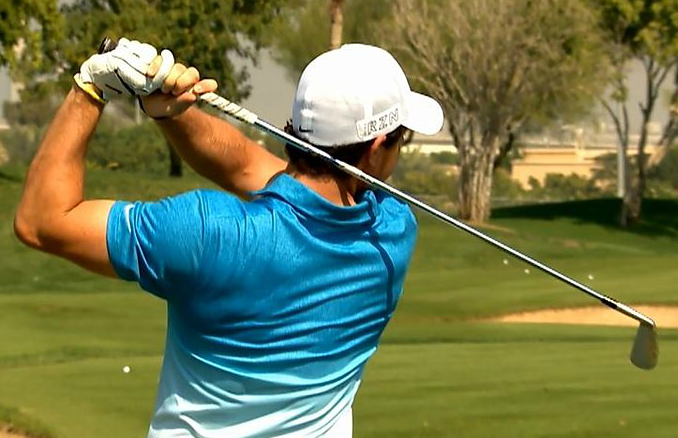 Rory McIlroyis currently one of the best known figures in pro golf. So it’s no surprise that golfers everywhere are doing their best to imitate his golf swing. Recently, the BBC ran an in-depth analysis of the secrets of why Rory’s swing is so successful. After watching the series, we at Pause-N-Throw found a lot of stuff worth noting.

The series is broken down into eight segments. Though Rory doesn’t appear in all of them, it is informative nonetheless. There’s some great slow-mo footage, as well as some informative input from Rory about his mental game. His take on the backswing shows that that part of his swing is possibly the key to his success.

Throughout the series, we couldn’t help but notice a great deal of similarity between Rory’s swing and the key concepts of the Pause-N-Throw, particularly the position at the top of the backswing. It seems like we’re on the same page with one of the leading players on the pro tour. Why not give it a try? Order a Pause-N-Throw today!