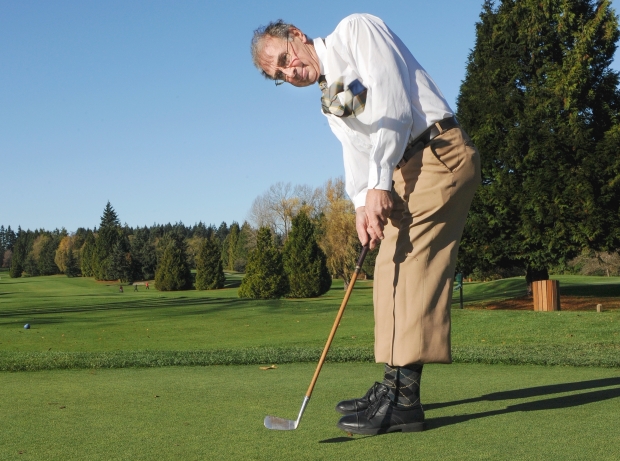 Why do the pros open and close the clubhead? I read recently it’s because, in the early days of golf, hickory shafts allowed the clubhead to twist open. So the golfer had to had to consciously close the clubhead by rotating it. Pros everywhere began teaching this move, based on how golf shafts were built at the time. Pretty soon, this opening and closing motion became conventional wisdom.

Eventually, hickory shafts were phased out. Designers had found a way to make shafts out of steel, and later graphite, and pretty soon, golfers had no use for hickory shafted clubs. But in this case, the opening and closing technique lived on, since no one remembered where it had come from.

With modern clubs, opening and closing the clubhead is not only unnecessary, it regularly produces inaccurate shots. It’s something that golfers should make an effort to unlearn. Among the many good practices that the Pause-N-Throw training aid teaches, removing the open-close clubhead swing is one of them. Give it a try, and you’ll be well on your way to a better swing and lower scores.