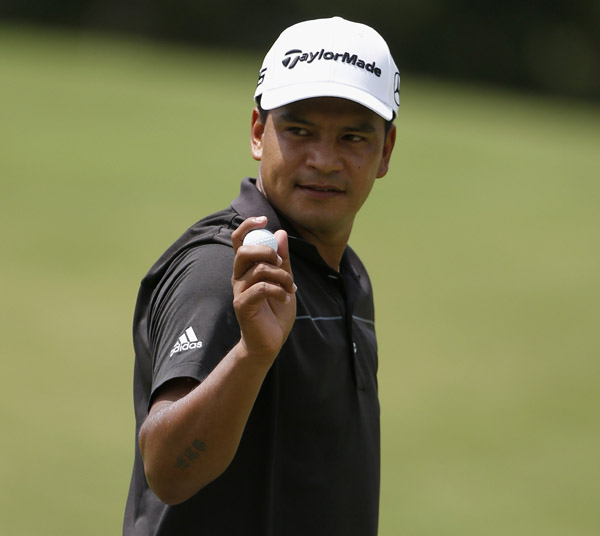 It was a big day for Fabian Gomez, who last week took home his first title in the PGA. For Gomez, an Argentine native who eventually made his way to the states to compete on the tour, the win at the St. Jude Classic in Memphis was hard fought. After battling neck-and-neck with Greg Owen, Gomez eventually pulled ahead and bested the Englishman by four strokes.

I myself was excited about the win, so I asked my son who currently lives in Buenos Aires what the scuttlebutt was there on the ground. He said that the win wasn’t exactly front page news. Nevertheless, he says that some of the big news outlets there have been covering their native son’s victory.

He mentioned that the Argentine newspaper La Nación featured an article about Gomez after his win, which I later looked up. Though I had to read that article through an online translator, it was fascinating nonetheless. Gomez apparently comes from the northern area of Argentina, where few people play golf. He grew up wanting not to be a golfer, but rather a soccer star for the country’s best known team, Boca Juniors. Eventually, he came to realize that his talent was not for the green of the soccer field but for the more relaxed, if still intense, greens of the golf course.

After Gomez’s win, I’m revisiting one of my former goals, to brush up on my golf vocabulary in Spanish. Though it may never help me to pull off a win like Gomez did, I can always hope.