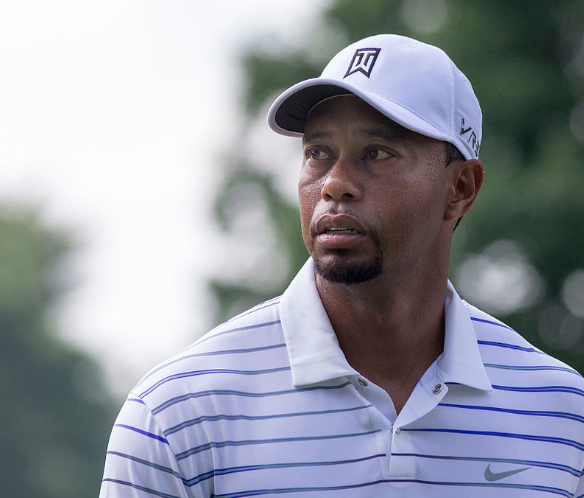 Has it really been five years? It still seems so vivid, the news breaking that Tiger Woods had been angrily chased out of his house and attacked by his then wife. And a week later, as the world would soon find out, this was more than a run-of-the-mill marital spat. Turns out, Tiger had been having literally hundreds of affairs during his time on the road.

The scandal resulted in a two month long media circus, with such memorable moments as the "take my name off your phone" call (later hilariously remixed as a slow jam), and Tiger’s later suspension of his professional play and pledge to be a better, more morally upstanding person by finding religion – albeit looking to Buddha whereas many in his situation tend to find Jesus instead.

This whole brouhaha started during Thanksgiving 2009 – five years ago this week. Now it all seems to have died down, and Tiger has regained his perch as big kahuna of the golf world, more or less. But nevertheless, it left an undeniable dark spot on Tiger’s sterling legacy. According to a recent story from Golf.com:

Woods, 38, has soldiered on. It is inarguable that he is no longer the player he was pre-scandal. He still has time for a triumphant final act but nothing will bring back the lost years in what should have been the prime of his career. The scandal and its fallout are the root cause of much of what ails Woods today, but it’s easy to forget the freighted events that preceded it.

The knee injury that made possible his myth-making 2008 U.S. Open victory remains the most significant rebellion from a body that has broken under the strain of his relentless drive. Woods was always going to have to make swing changes to protect his knee going forward. Would he have felt the need to reinvent himself so totally with a new coach if the scandal had never happened? Or could he have stayed with Hank Haney and made a few tweaks but fundamentally kept doing what he was doing so well? We’ll never know.

There’s something elegiac about this article. It portrays Tiger, a golfer we had all thought to be superhuman up to that point, as a mere mortal. And it reinforces the point that the damage done to his game is all but permanent.

This may not be completely true. By all accounts, Tiger had a good year in 2013, winning the Farmers Insurance Open, the WGC-Cadillac Championship, and the Arnold Palmer Invitational. Nevertheless, his performance in the majors has been disheartening – he hasn’t won a single one since 2008, before the scandal broke.

What should we make of this? If Tiger had not been rattled by this scandal, would he have gone on to break Jack Nicklaus’s record of 18 majors and cement his status as greatest golfer of all time? We’ll never know now. And, worst of all, Tiger’s downfall had nothing to do with his performance on the course but rather with choices in his personal life that were dubious at best.

So, when golfers many years from now look back at the legacy of Tiger Woods, they will be left with as many questions and what-ifs as they will magnificent performances. Perhaps this is unfortunate. But then again, it’s also proof that even Tiger Woods is human after all.