Slice Stories: Highlight of the Round 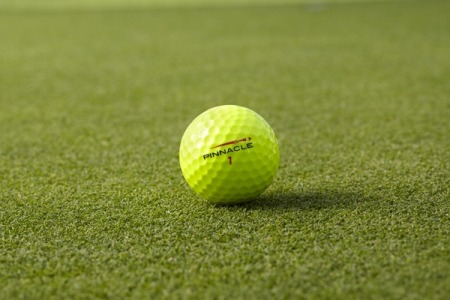 A while ago, when I was first learning to play golf, I would play with a foursome in which one of the players had a notorious slice. As a result, he began playing with a highlighter-colored ball, which he claimed helped to be able to find the ball during his frequent trips into the woods after a badly sliced tee shot.

This plan worked well in most cases. But one day it backfired. My friend hit his trusty slice on a long par 4, crossing all the way over to a neighboring fairway. He grumpily stomped off to the other fairway and hit his second shot, which actually put him back into play.

Unfortuately for him, that shot had been made with someone else’s ball! A golfer in another foursome playing in the other direction was also using a highlighted ball, and my friend was so sure his was the only highlighted ball that he forgot to check after his slice to see if the ball he was playing was really his. Thankfully the other golfer was understanding, but it was clear that it was time for my buddy to cure his slice. Too bad Pause-N-Throw wasn’t around yet!