Say It Ain’t So, Sergio! 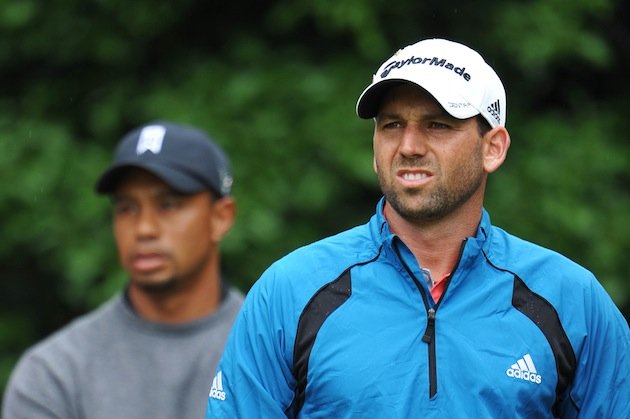 The long percolating feud between Tiger and Sergio Garcia came to a boil recently when Sergio, having promised to apologize, instead delivered his now infamous non-apology: “We will have him [Tiger] round every night. We will serve fried chicken.”

The fact that this was instantly compared to Fuzzy Zoeller’s similar remark in 1996 shows how little we’ve progressed in 17 years. It’s also funny that even a Spaniard like Sergio would be subject to the same racial bias as a dyed in the wool Southerner like Fuzzy.

It’s a shame that personal feuds on the links can blow up into something as nasty as this. But on the other hand, it does go to show that the power of always wanting to look like the “winner” of an argument or conflict causes people’s senses of good taste and manners to short circuit, leaving only bitter nastiness behind.

My take on this turn of events is that this is a problem that affects not only the top golf pros, but occasionally us average Joes on the links. The next time you’re tempted to make bitter remarks about someone on the course, whether it is a playing partner who is purposefully trying to needle you to win a bet, or a slow foursome in front, you may be tempted to launch into an obscenity-laced tirade against them. But before you do, think of Sergio Garcia, who in his attempt to slam Tiger and look like a hero instead just made himself look like a tone deaf ass, and then had to apologize — this time for real.