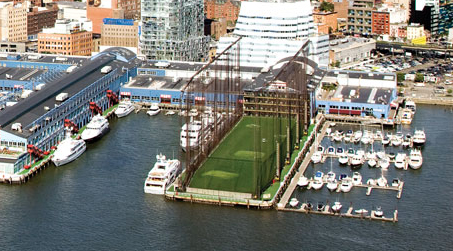 Golf is a sport with a long and rich history – most of which has played out in rural areas. Over the years, golf has come to represent a certain nostalgia for the rural past. But golf is also thoroughly embedded in certain sectors of urban populations too. So what does golf mean for city dwellers, as well as for down home country folks?

Golf’s roots go back to Scotland, where farmers would swing sticks at balls stuffed with chicken feathers. The sport eventually became a past time of the nobility. But despite its newfound upmarket clientele, it maintained its pastoral mythos and continues to do so to this day.

Despite this, golf today in rural areas can be a bit of a challenge. Though rural areas known for their scenic beauty can often feature high end resorts, more blue collar rural areas are less likely to have any nearby. In truth, modern golf’s true home is not in the country but in city neighborhoods that do their best to imitate the countryside: the suburbs.

But this is not to say that golf hasn’t worked its way into dense cities. As yesterday’s nobles evolved into today’s tycoons and financiers, they kept up the tradition of playing golf. But to be successful at their trade, these business leaders have to maintain a strong presence in cities.

This has led to, among other things, creative urban driving ranges and urban golf shops. And for the wealthiest out there, it’s even possible to take a helicopter to the nearest golf course.