Get on the Inside of the Ball 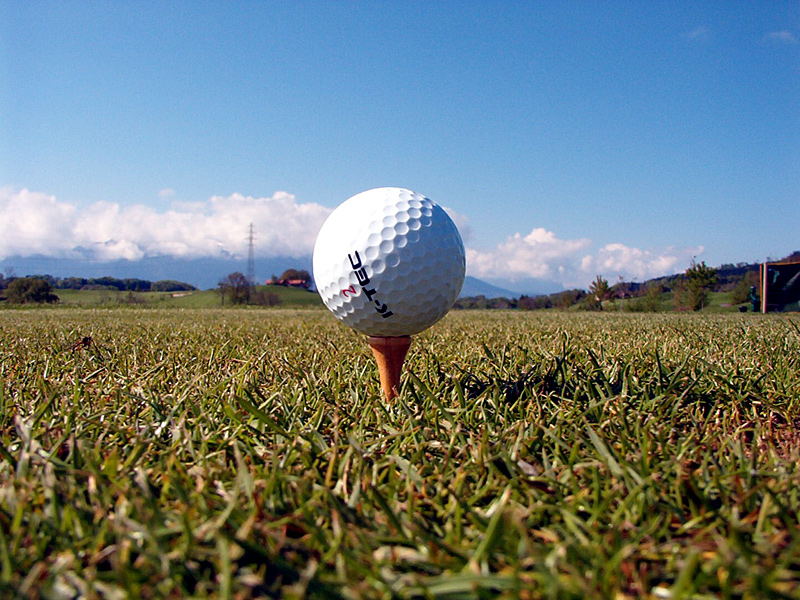 I played golf with Walter “Smiley” Jones, a friend and student of long-hitter Mike Austin, and as I watched him swing it was clear he was hitting “out” on the ball. He wasn’t hitting the ball down the line, he was swinging as if he was hitting the ball to right field. This connected with something I’ve been thinking about for a long time.

Most golfers tend to think of the swing as a circle with the ball at the bottom. In a good golf swing that circle is not perfectly aligned with the line of flight. It’s actually tilted so that the circle aims out toward the right edge of the fairway. Another way to think about this is to imagine what would happen if, at the bottom of your swing, you let go of the club. In other words, you threw the club. For a slicer, the club would wind up in the left rough. A power hitter would throw his club well to the right.

Sometimes, at the range, golfers take the stripe of the range ball and tee it up so the stripe guides you on the right swing path. They concentrate on hitting the inside of the ball. That’s not a bad idea. Also, you can slowly rehearse the motions necessary to make the club come from the inside so that it is square when it reaches the ball, and then travels up and out.

You will be doomed to slice for the rest of your life unless you get the feeling of being on the inside of the ball.