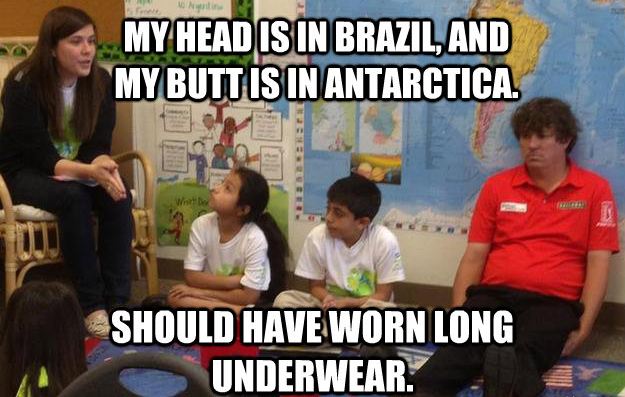 All around the world, golfers can’t get enough of that wonderful Duf. Jason Dufner, professional golfer and amateur Seth Rogen look alike, was caught on camera before the Byron Nelson open in Texas zoning out during a charity event at a preschool. The photo went viral, and it gave rise to the new phenomenon of “Dufnering”: people slouching out in random places around the world. We here at Pause N Throw couldn’t resist captioning up a few Dufs. Enjoy!

Teacher: Ok class, if anyone slices, you’ll be put on time out with Jason. 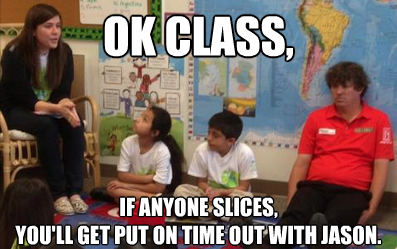 Dufner: My head is in Brazil and my butt is in Antarctica. Should have worn long underwear.

Dufner: I was told there would be legos at this event. 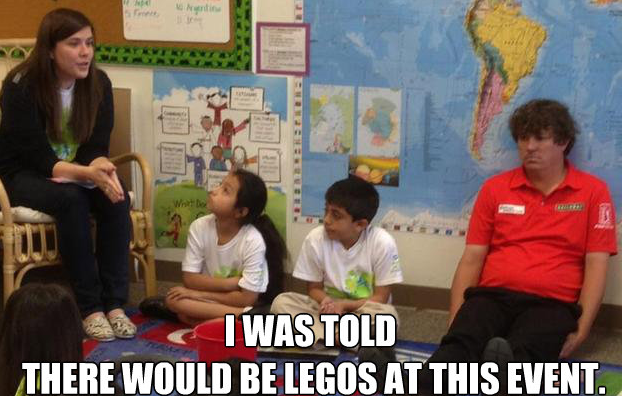 What caption would you put?