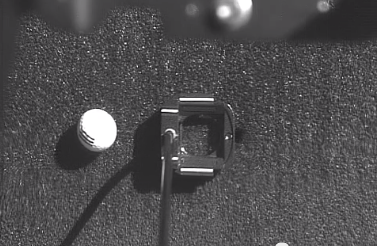 Last month, the sports website Grantland published Dr. V’s Magical Putter, an article that quickly went viral for all the wrong reasons. Reporter Caleb Hannan, after watching a late night infomercial on a supposedly revolutionary new putter, begins what he thought would be a puff piece on a flashy new piece of golf equipment, and ends up revealing the tumultuous back story of the putter’s inventor, Dr. Essay Anne Vanderbilt. Vanderbilt had staked the reputation of her new putter on her MIT degree and decades of experience working on top secret Pentagon design projects, including the B2 Bomber. As Hannan found out, all that back story was a lie.

It’s obvious that issues of sexuality are bound to stir up strong personal feelings, that we as training aid manufacturers have no place commenting on. Really, this aspect of the story is the least relevant to the functionality of the product. Conversely, the lies about Vanderbilt’s degrees and previous experience at the Pentagon can legitimately be seen as denigrating the putter’s claim to superior design.

But after reading this piece, there’s one thing that really came to our attention. Despite this raging controversy, there’s little talk about the actual veracity of the physics that went into the design of Dr. V’s putter. The key concept of the putter focuses on the Moment of Inertia (or MOI – we’ll have a separate post on that later). But in the article, Hannan asserts that the effectiveness of the putter was almost entirely dependent on his belief in Dr. V’s credentials. Before finding out about Vanderbilt’s fraudulent credentials, he tried the Oracle GX1, Vanderbilt’s putter, and found that “I was sinking more putts than usual.” After the big revelation, he found that the putter simply didn’t work at all. In other words, the putter’s functionality was entirely dependent on its mystique, based on an alluring but fraudulent back story.

There’s no denying that in golf, psychological factors come into play. Hannan cites a study in which people who believe they’re putting with a putter used by pros putt much better than people who use the same one but think it’s just an ordinary putter. But head games are no substitute for sound science and good practice. There’s a reason that golfers who practice regularly with the right technique do much better than amateurs who only hit the course on weekends.

We believe this in part because of the hard work that has gone into researching the Pause-n-Throw. It’s a device that teaches a technique that is used by the pros, but can make a difference in the average golfer’s game, no matter what he believes about how it was created. The Pause-N-Throw can be used for all shots on the golf course and is effective when practicing putter too. It keeps the hands from being overactive and preserves the proper wrist angle through the putting stroke.

It’s a shame that the fraudulent credentials of some in the golf world cast doubt on the idea that good technique, not mental tricks based on a product with flashy back story, is the key to a good game. After giving the Pause-N-Throw a try, you’ll be convinced that there really is such a thing as the right way to play.