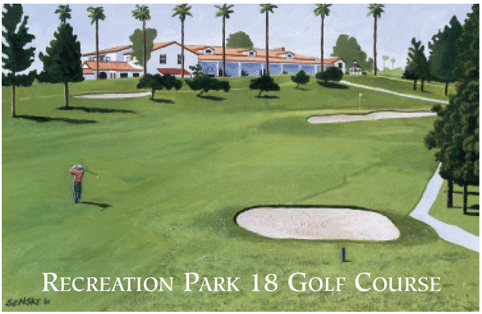 Last weekend, PGA Pro John Merrick won the Northern Trust Open at Riviera in Southern California. It was one of his first major tour victories, and it was especially encouraging for us, since Merrick learned to play golf at the same course we used to test Pause-n-Throw.

Really, the importance of having a home course can’t be understated. Golf is a unique sport in that every time you play, the playing field changes. Sure, you can say that in some cases, certain baseball stadiums present unique challenges to certain teams. But even the famous “Green Monster” in Boston’s Fenway Park pales in comparison to the changes that pro golfers have to adapt to in every tournament.

Because of this, it’s important to have a stable reference point, so you can know what’s working or what isn’t. For us, repeated rounds at Recreation Park in Long Beach, CA were critical to testing out the Pause-N-Throw (we even made a video with some of our test results there, albeit for the Pause-N-Go swing). Using Recreation Park as a base of operations has clearly helped Merrick too, even on less familiar grounds such as Riviera. We wish him the best, and we encourage all of you to test out the Pause-N-Throw, now that it’s been proven at the same course that has forged such a great pro success!